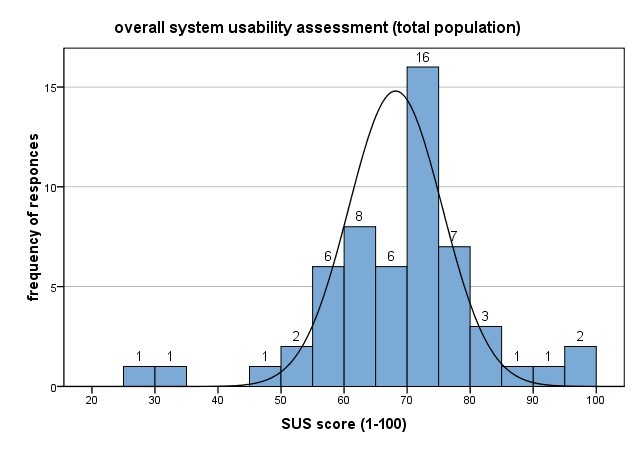 A randomized control trial is under way in two pilot sites, DUTH (Greece) and VULSK (Lithuania). The early findings revealed that during the CARRE service positively influenced participants in the interventional arm, when applied for about two months, increasing health literacy and empowerment.

CARRE service was assessed for the impact on quality of life, health literacy and empowerment via a randomized control investigational study involving two different pilot deployments in DUTH and VUSLK. Both study arms, control (N=43) and CARRE (N=55), were tested based on the same scale across two visits while the CARRE group was exposed in the CARRE service in between visits. Because of the short period (<2 months) between the two visits, changes in clinical outcomes (e.g. lab test values) were not expected and were not assessed – these will be assessed in a third visit (>4 months from study start). Therefore, during the interim visit (visit 2) participants were tested for possible changes on their quality of life, health literacy and empowerment (3 of 4 primary efficacy points end points according the study protocol) and intervention acceptability and user satisfaction (the only non-clinical parameter from secondary efficacy end points).

Overall, the control arm showed no statistically significant differences on all measured scores between visits.

For the CARRE intervention arm, the results of the pooled population of both pilots show an overall statistically significant increase in health literacy by 9.8% and an increase in empowerment by 8.0% after the intervention. Considering the two different disease groups, empowerment is statistically increased by a 12.4% only in the metabolic syndrome group (group 1), while health literacy is statistically increased by 21.3% only in the group with heart failure of chronic kidney disease.

In terms of system usability, participants reported an above average assessment of a SUS mean score of 68, corresponding to an acceptable system.