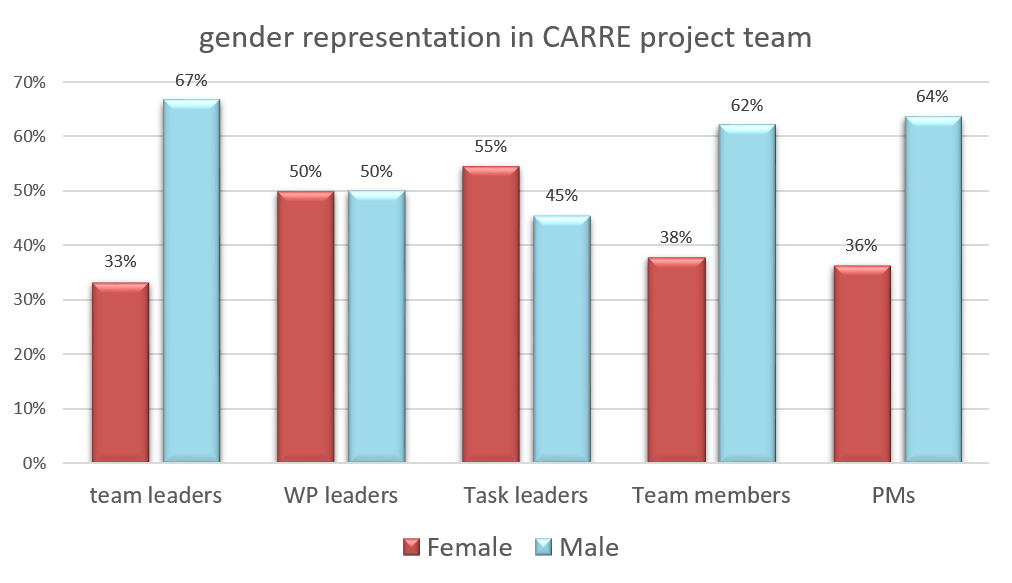 There is a known lack of balance in gender representation in Science and Technology in Europe today, which is even more pronounced within the decision making ranks. This is reported in the SHE Figures documents, a series of 5 (up to now) EU reports published every 3 years since 2003.

Although slightly more women graduate from university in EU and even more women than men obtain the equivalent of an MSc degree, higher stages of academic career show a women leakage which becomes much more pronounced at the highest academic degree (Full Professor). The situation is even more pronounced in the science and engineering fields were the graphing of the percentage of men and women in academia takes the infamous shape of the so called ‘leaky pipeline’.

The encouraging fact is that EU is reaching a gender balance in PhD graduates. So, the latest EU SHE Figures document reports about 40-60% women of PhD graduates in all EU countries (2012), while women PhD graduates numbers generally increase at a faster rate than the number of men (2002-2012). However, despite improvements since 2004, women remain under‑represented in most narrow fields of science and engineering.

In terms of research output, between 2011 and 2013 only 31% of research publications had a woman as corresponding author. Finally, although the gender gap in the funding success rate is decreasing in EU-28, the success rate for men principal investigators and coordinators is still higher than that of women in 70% of the EU countries. Finally, on average only 28% of board members (including leaders) are women in 2014, and most institutions in the scientific landscape continue to be dominantly led and managed by men.

The CARRE consortium declared to be free from any type of social or other prejudice and to promote gender equality in all its decision-making processes as part of quality management, and following the 2000 EU Council Resolution.

Overall, during the entire project duration gender balance in project decision making bodies and coordination posts, as well as in the project research team is shown in the figure.