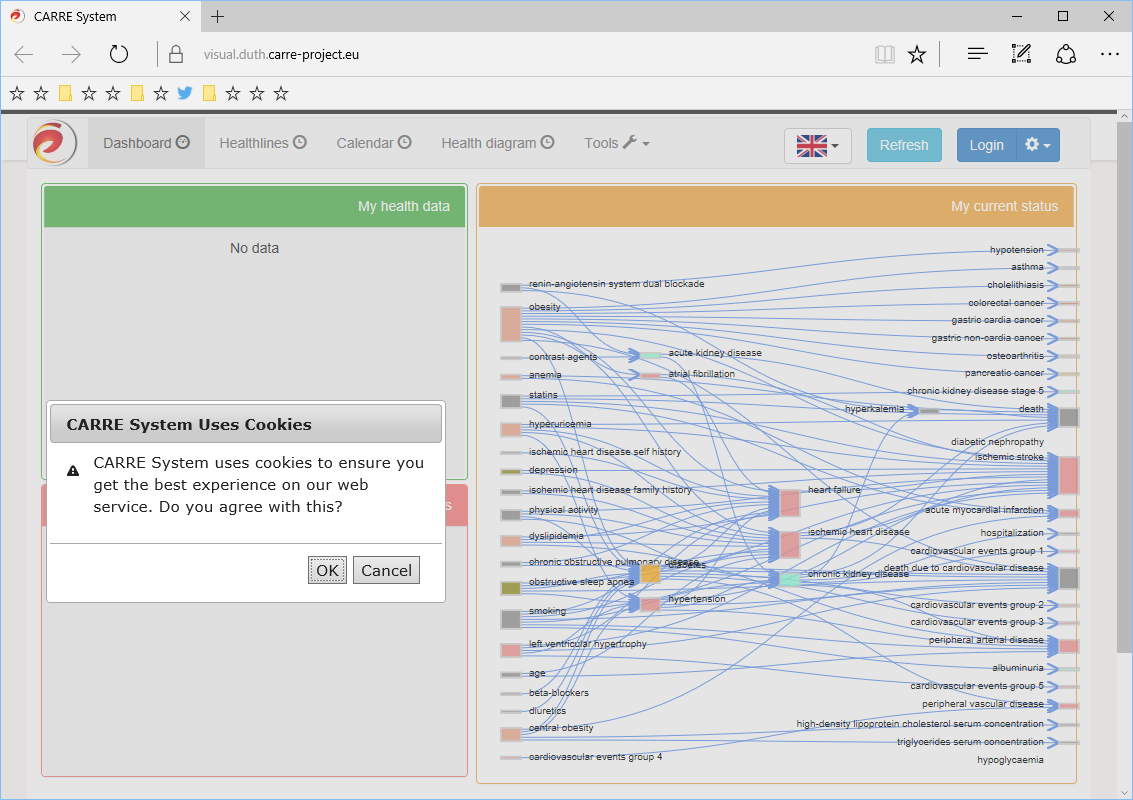 CARRE service has been successfully deployed for pilot demonstration and evaluation in two different healthcare settings and nationalities, i.e. in the University Hospitals of VULSK (Lithuania) and DUTH (Greece). To account for legal, privacy and administration issues we deployed the CARRE service into two different exact copies, each copy installed in the facilities of each of the pilot hospitals. Additionally, we continue to support another working deployment which serves as the working development prototype for testing all bug fixes and new improvements before these are deployed (when stable) on the pilot implementations:

Each pilot deployment (DUTH and VULSK) only constitutes of two virtual machines (VMs) that includes all CARRE subservices. The repositories were deployed on the servers provided for each use case setting, and configured appropriately under the *.duth.carre-project.eu and *.vulsk.carre-project.eu domains. In general, the deployments went smoothly. The major issues encountered related to differences in the software environments provided by the use case settings.

CARRE subservices deployed in each pilot

Hardware and software requirements for linux based subservices:

Hardware and software requirements for windows based subservices: