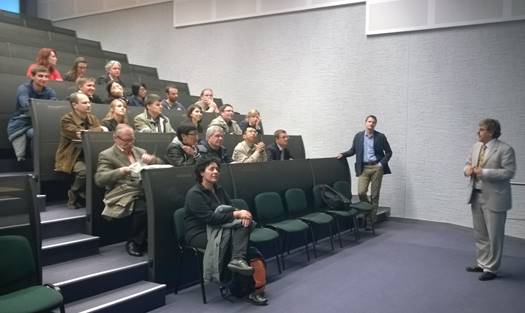 Last week CARRE consortium held its third meeting in Vilnius, Lithuania. The meeting was held right in the middle of the medieval town while we had the opportunity to visit the impressive premises of Vilnius University Hospital.

Two full days were devoted in discussing thoroughly the project progress and plans ahead. The major goal of the meeting was to review progress in WP2 – Domain Analysis and plan ahead for the remaining work of this work package. Additionally, an overview of work plans in all other work packages was presented. Administrative issues were also discussed.