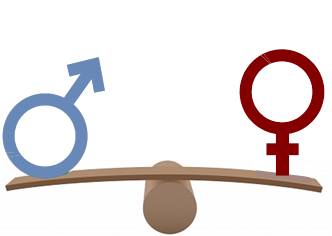 CARRE project aims to innovate also in a different way. A small, albeit crucial, part of the work plan is dedicated to gender balance awareness.

During Grant Negotiation with the European Commission, the project was given the chance to discuss Gender Aspects within the Technical Work Annex of the Contract. This spawned an interesting discussion within the consortium. Based on the FP7 Negotiation Guidance Notes, the consortium decided to include a specific Task titled Promoting Gender Balance corresponding to 2.5 person-months effort (out of 329 person-months for the entire project). Specific goals of this Task are:

As a first outcome, gender representation in the decision making bodies of the CARRE project is as follows:

Although CARRE may only be a case report of gender balance in a bioengineering research project, one can only expect that more such examples will soon come. Indeed, Horizon 2020 (the new European Union Framework Programme for Research and Innovation, 2014-2020) places emphasis on gender dimension in research projects. In specific, Article 15 of the Proposal for a Regulation of the European Parliament and Council establishing Horizon 2020 is devoted to Gender Equality as promoted in research and innovation content. Horizon 2020 is set to integrate the gender dimension into the content of projects, the Framework’s  interim evaluation shall also take into consideration gender balance (see http://ec.europa.eu/research/horizon2020/index_en.cfm?pg=h2020-documents).

[/vc_column][/vc_row]
About the author