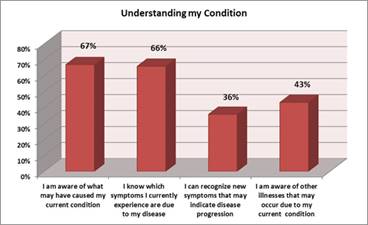 The aim of this survey is to help identify user perceptions of the major CARRE user group, namely patient (including healthy individuals at risk as well as their carers). The survey targeted patients with cardio renal disease and with or at risk of comorbidities and/or their carers. The survey was conducted via a questionnaire which was deployed primarily in the two countries of the intended CARRE pilots in their native language. Deployment was via printed questionnaires handed out to patients in hospital waiting rooms, as well as via electronic versions of the questionnaires available on-line. The printed questionnaires were handed out to patients in hospital waiting rooms in two different hospitals: (a) General Regional Hospital of Kavala, Kavala, Greece; and (b) Vilnius University Hospital Santariskių Klinikos, Vilnius, Lithuania. The questionnaires were also made available on-line, via GoogleDocs web platform and are available at

Significant results of the patient survey (389 respondents) include: