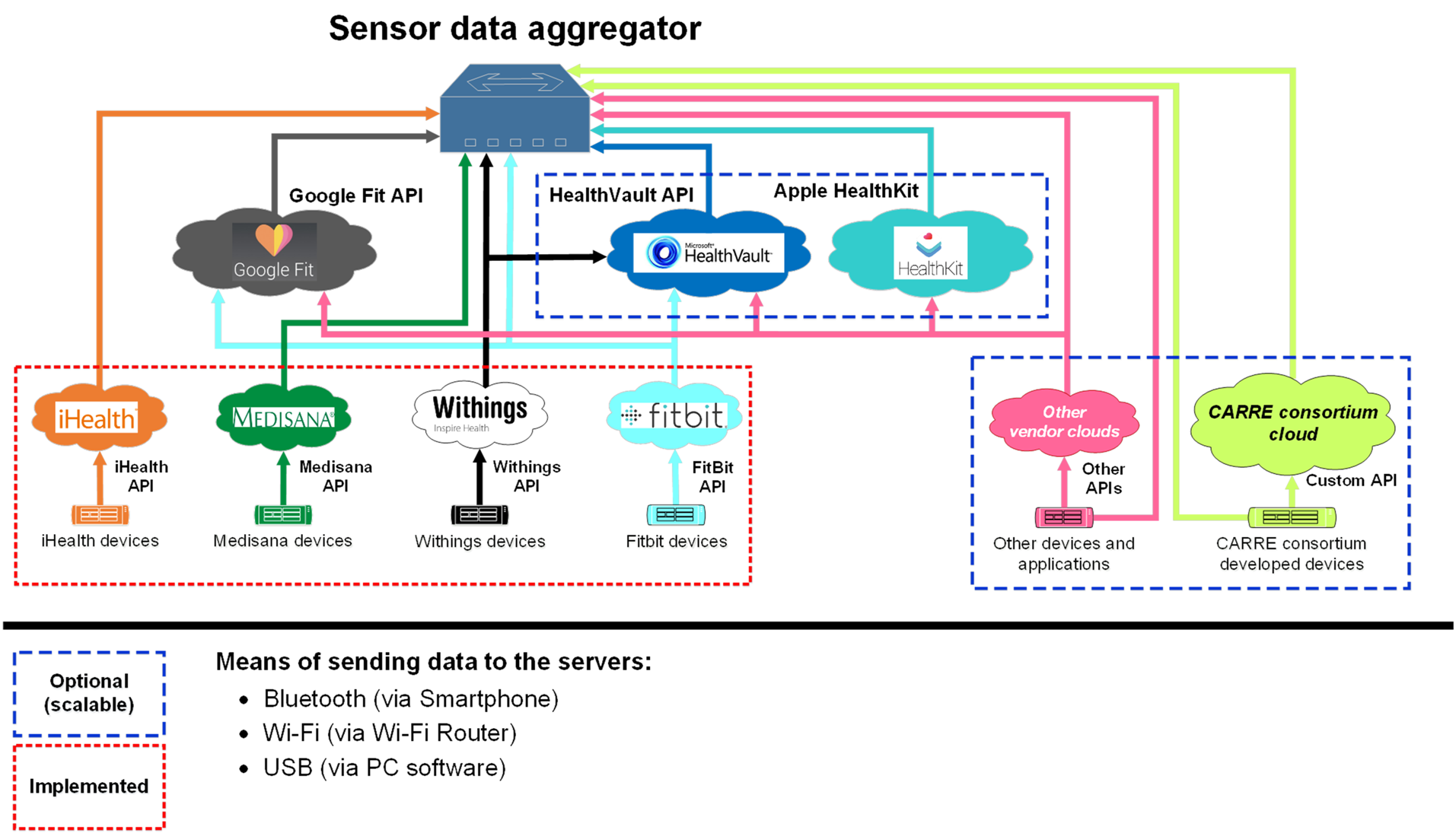 The idea behind the personal sensor data aggregator is to collect personal sensor data from a variety of sources, such as sensor manufacturers or health data platforms, to convert those data, regardless of origin, into RDF and to store that RDF in the CARRE semantic repository. The aggregator needs to be easily extensible in order to support the wide range of different data providers available, and to accommodate new providers, where necessary, as they appear.

Almost all of the sensor providers we support implement a “notification” or “subscription” mechanism to allow any new sensor data to be sent to user-approved third-party applications whenever such data is synced with the manufacturer. These all operate in a similar way: when configuring a third-party application, a URL is specified. When new data arrives for a user who has approved that application, an HTTP GET or POST request is sent to that URL with some means of identifying the user, and the time span covered by the new data. The application can then sync with the sensor provider servers to retrieve and store the new data.

The CARRE personal sensor data aggregator plays the role of such a third-party application for each of the sensor providers we cover. The responder identified in the architecture is a Web service which responds to HTTP GET or POST notifications, identifying the sensor provider who initiated the notification and the CARRE user to whom the data belongs. It invokes the relevant service corresponding to that provider, which then fetches that new data, converts it into RDF according to the schema described in Deliverable 2.4 and stores it in the CARRE semantic repository.

I was born in Athens (Greece) at 17/03/1984. I received my diploma thesis in Electrical and Computer Engineering (EECE) from Democritus University of Thrace (DUTh), Greece in 2006. In addition, I acquired a Master's degree (March 2010, advised by Prof. Alexandros Karakos) and a Ph.D. degree (July 2013, advised by Assistant Prof. Pavlos S. Efraimidis) both from the Department of Electrical and Computer Engineering (EECE), Democritus University of Thrace (DUTh), Greece.